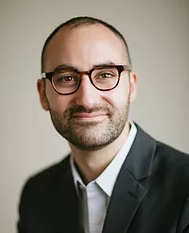 Benedict Campbell is a writer and director focused on fictional dramas for short and feature films. His interest in filmmaking grew from photography and he studied film & television at New York University.

His short film, LLOYD NECK, premiered at the Sundance Film Festival and screened at 20 international film festivals. The film won Best Director at the HollyShorts Festival. His short documentary, THE WATCH & THE WAR, premiered on the watch news website hodinkee.com.

He recently completed A QUAKER SOUND, a short film that screened at the 2017 Provincetown Film Festival. Benedict was a Teaching Artist at The Ghetto Film School and he is developing THE HIGH BRIDGE, a feature film about a teenager confronting fatherhood in the Bronx. 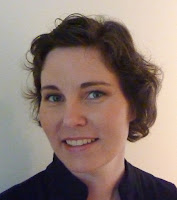 Christen Higgins Clougherty, Ph.D. is the founder and Executive Director of the Nobis Project, a non-profit organization that supports youth, educational, and community leaders in building skills to analyze issues that impact our society in taking actions towards initiating positive change. Nobis Project’s mission is to create life-long learners who are empowered to improve lives and communities, both locally and abroad. Christen is an alumnus of the Carolina Friends School and received her Ph.D. in Quaker Studies from the University of Birmingham, UK’s collaborative program with Woodbrooke Quaker Study Center. She brings a wealth of Quaker knowledge, familiarity with Friends Schools, experience in designing and evaluating educational models, and a commitment to assisting Friends School in building a Quaker dimension that best reflects the school’s mission and philosophy. Christen shares a passion for promoting civic engagement and social consciousness in schools and communities across the globe. She holds a Master of Arts from the Savannah College of Art and Design in Fiber Arts and a Bachelor’s Degree in Interdisciplinary Studies with a focus on Arts Administration from the University of Maryland, Baltimore County. During her time in Baltimore, Christen co-founded Thundersmith Industries, Inc. a non-profit performance art company that specialized in giant carnival puppetry. 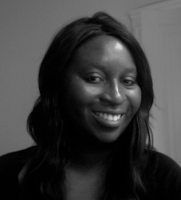 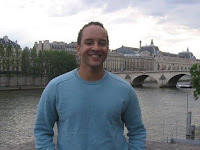 Jeremy Alan Richards was raised Quaker and taught drama and IB theatre, as well as directed several productions, at Brooklyn Friends School for seven years. He received his M.F.A. from NYU Tisch School of the Arts with a major in acting. Mr. Richards is a National Shakespeare Competition Champion, a FOX Fellowship recipient for a New York City tour of Woza Albert as well as a Daryl Roth Award winner for the demo of his musical Morgan Street which continued to be developed in New York for several years.

Currently, Jeremy lives in Los Angeles where he works with the E! Entertainment Network on their coverage of E! Live from the Red Carpet and has worked in production for many projects for the four years he has lived in LA. He also writes and develops for film and television and is currently co-authoring a memoir for a management consultant that they hope to release by the end of the year. Jeremy is excited to help young filmmakers sharpen their craft as they continue to tell compelling stories through the visual medium. 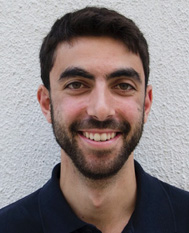 He has published two books – The Architects of Hope that captures, in poems, the stories of young people from all around the world who he interviewed during a yearlong storytelling project traveling to international high schools on four different continents-  and The Beautiful Chaos of Growing Up, that captures through poetry the journey through college and into young adulthood.

In addition to his books, some of his proudest accomplishments include designing and implementing an arts and computer education curriculum in rural Nepal on a Davis Peace Project grant, and successfully implementing a program called Voices of Resilience at Eagle Rock School in Colorado, a program that empowered high school students to share their stories in a variety of creative formats. He has conducted book talks and related presentations for a wide array of audiences, including high school groups all across New York City, and colleges across the country including Harvard, Princeton, NYU Abu Dhabi, Yale, Wellesley, and Columbia. He loves sharing his experiences with young people, and always feels privileged to learn from them in return.

Linda Shockley is a communications specialist based in NYC. She has worked closely with the Bezos Scholars Program @ the Aspen Institute for public high school juniors and educators, and with the Greentree Foundation Teachers' Ecology Workshop for elementary and middle school teachers of Long Island. Shockley was the publicist for the Santa Fe Film Festival and helped coordinate two annual offerings of the Bridge Film Festival. During her tenure as director of communications for Brooklyn Friends School (BFS), she served as on-site producer for a national PSA campaign on tolerance for the Southern Poverty Law Center, filmed at BFS with BFS students, and worked with Nick News to feature BFS students in almost 15 Nick News shows, including two that were nominated for Emmy's. She is a film freak, animal lover, and avid reader.