A New Decade for the Bridge Film Festival 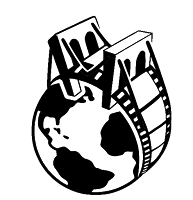 
The Bridge Film Festival concept was simple, give students a venue to exchange ideas of conscience via the medium of film. The platform is built on an international network of Friends schools and Meetings that share Quaker values and celebrate regional and cultural differences.

During the first decade of the Festival, films were mailed in on videotape and eventually DVD. The submissions were reviewed and finalists selected for a screening event. The annual events consisted of filmmaking workshops, dinner, screenings, celebrity speakers, and live judging.

The advent of YouTube and Google applications in the second decade of the Festival allowed entries to be uploaded and submitted through “The Cloud.”  This evolution created an opportunity for students to share their messages of concern to audiences worldwide via the BFF website. As always, entries are free of charge and open to any student attending a Friends school, camp, or Meeting.

From the very first, these student films challenged the commitment to diversity in our schools and tackled meaningful subjects including learning differences, bullying, equality, environmental, and social justice issues. Although the world is ever-changing, our dedication to these issues remains steadfast.

Though fundamentally a student film festival, the influence of a faculty advisor should not be under-appreciated, and as such is a requirement for entry into the BFF. The Festival holds in high regard the collaboration between students and teachers inherent in Friends school pedagogy.

As we continue teaching our students to think critically, we also need to teach them how to effectively communicate their ideas in the evolving digital age. Thus communication and media literacy inclusion in the curriculum is essential to the Bridge Film Festival mission.

Going forward into our 3rd decade, it is our hope that Friends schools and Meetings will continue to submit original works and create their own Bridge Film Festival collections in order to expand the reach of our student voices. Let student films speak!
Posted by Bridge Film Festival at 3:30 PM

We have redesigned our Facebook page and hope it will further extend the reach of the messages of our student filmmakers! Please like and share the page with your Friends' School or Meeting to help our students let their film speak! 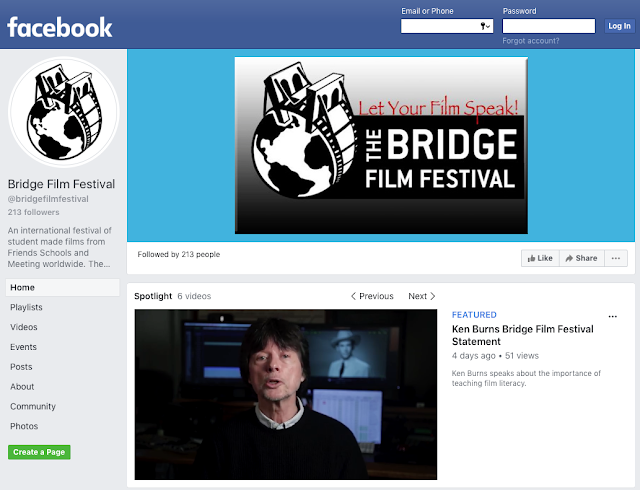 Posted by Bridge Film Festival at 11:46 AM 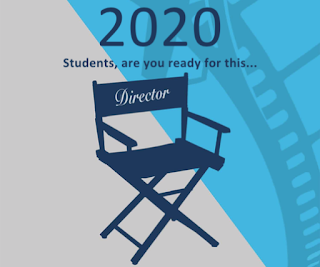 A Cinematic Night to Remember

The “Future of Quaker Education” Turns 20

On Friday, May 3, 2019 Brooklyn Friends School hosted the 20th Annual Bridge Film Festival. The three big events of the festival were screenings of this year’s entrees, a pizza party, and an awards ceremony held in the Pearl Street Meeting House. The evening was a cinematic night to remember!

The awards show opened by harkening back to the festival’s inaugural year via a spectacular Panthers Supreme dance performance set to Prince’s hit “1999,” and choreographed by Jamara Hill ’10. The host of the show was rising 11th grader and budding stand-up comedian, Alexei Brusiloff. Alexei was as gracious as he was funny, and went above and beyond his hosting duties when he extemporaneously named the Oscar-like awards ceremony, “The Georgies.”

Alexei said his inspiration for dubbing the awards “Georgies” was George Fox, founder of the Religious Society of Friends. However, it turned out to be a prescient nickname, as George School would end up taking four out five of the statuettes. Friends Academy took the prize for Narrative Film, while George School received the awards for Documentary, PSA, New Media, and the coveted Spirit of the Festival award. This year’s Spirit award went to the student filmmakers behind “Rodney’s Whisper,” a film that highlights the social justice mission of educator and activist Rodney Glasgow.

Another highlight of the night was a visit by special guest speaker Drew Smith, Director of the Friends Council on Education. In a moving speech, he declared of the Bridge Film Festival, “In my opinion, this kind of collaboration is the future of Quaker Education, connecting students, faculty members, and boards across our geographic divides.” He also recognized the festival’s founder, BFS’s own Director of Media Services, Andy Cohen “as an extra early adopter of all the important trends that are coming, using technology to connect us and especially to connect our hearts and minds, to change the world through the power of Quaker education.” Drew ended his brief discourse with this special note of gratitude and support: “Thank you to Andy Cohen. You’re everything that Quaker education is about.”

The festival closed with Andy at the microphone, making his signature call for students to continue to “Let your film speak!”

The Results Are In!

Entries are evaluated on communication skill, creativity, technical quality, quaker relevancy and originality. The Spirit of the Festival award goes to the entry that best exemplifies the mission of the festival.