The Bridge Film Festival announces a "Free" assembly program for your school!


Because of the universal nature of Quaker values, the Bridge Film Festival welcomes all schools to take advantage of this program.  This assembly can be run by faculty and/or students.

The Bridge Film Festival Assembly program is designed to teach the values of simplicity, peace, integrity, community, equality, stewardship and more.  Student made films from Friends schools and Meetings world-wide celebrate our cultural diversity and commonalities.

This 45 minute program consists of the following:

Remember, this is your event.  Organize it to suit your community.

The Plan -- Things to Consider When Planning Your Assembly: 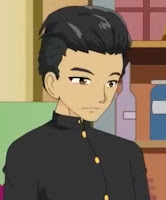 MC:
Welcome to the Bridge Film Festival.  Let us begin with a moment of silence. (30 seconds) Thank you.  Today you will be seeing a series of short films made by students from Friends Schools and Meetings. These films demonstrate Quaker Values in action.  Values like: Simplicity, Peace, Equality, Integrity, Community and Stewardship, the SPICES. 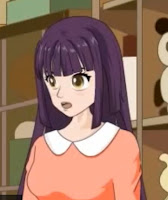 The entries are from a variety of Friends Schools and Meetings from around the world.
The films are in many genres and represent the Bridge Film Festival categories of narrative, documentary, public service announcements and new media.

Because of time limitations our committee has selected our favorites to show to you.  Our festival will be presenting one award for the entry that best reflects our values.  The award will be given to the film chosen by the Film Festival student committee.

After the films, we will come back on the stage to announce the winner.  So sit back, relax and enjoy the show!

We hope you have enjoyed these films.  They represent some of the finest student films from Friends schools and Meetings.  If you are interesting in learning more about the Festival, please go to bridgefilmfestival.org

Before we announce the award for best film, we would like to thank all of the people who have made this festival possible including The Bridge Film Festival Student Committee, our Friends School, but especially the student filmmakers and their faculty advisers.

We would also like to encourage everyone to support the student filmmakers by viewing the rest of the entries on the Bridge Film Festival YouTube channel.

And now...drum roll please. The winner of the award is...

Thanks again and remember to, “Let your film’s speak!”

Additionally we have playlists based on individual Quaker (S.P.I.C.E.S.) testimonies.